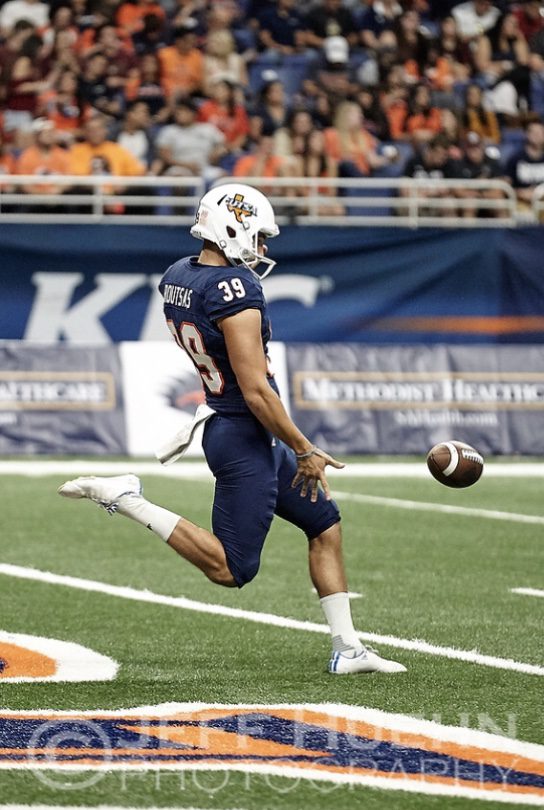 Yannis began training as a kicker/punter in 7th grade and continue throughout his high school career. He played football at UTSA from 2014 to 2018 and during that time earned a scholarship and started all 4 years as the punter and field goal holder. Earner multiple special teams player of the week awards and was the special teams captain his senior year. He has earned multiple C-USA Commissioner’s Honor Roll, was Honorable Mention All-Conference USA, William V. Campbell Trophy Semifinalist, Named Ray Guy Award Punter of the Week, and one of ten Semi-finalist for the Ray Guy Award. After college, he was invited to the Washington Redskins Minicamp.

Yannis has been a part of KICKNATION since the 8th grade. Yannis prepped and trained for the NFL for one year and is part of the KICKNATION staff training Kickers and Punters.